Write it How You Want it Said

If you’re new to the game of writing a script for voiceover one of the main things to remember is: write it how you want it said. 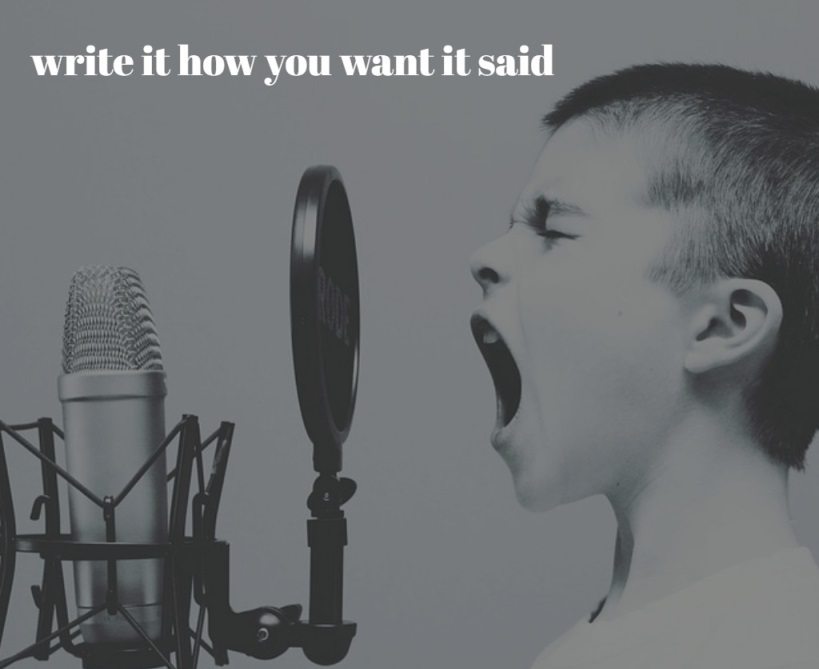 This is especially true if your voice-over talent is recording your script without you there, either in-person or on the phone. If your talent isn’t clear on what you mean, they have to guess — and they may guess wrong. That will cost you time, and can cost you money too. So write it how you want it said.

Let’s say your script is about the CAB-7506 Widget your company has just developed. You write, “The CAB-7506 widget is the state of the art widget for the 21st Century.”

Here are some of the ways I can read that:

And there are probably a few others I haven’t even thought of at this point.

Then I’ll wonder if you want the “-” in there, like, “cab dash seventy five oh six” or the dash with one of the other permutations. Or do you want me to say “hyphen” instead?

See how complicated it all can get? Write it how you want it said.

But Can’t The Talent Check?

Some will say that it’s simple enough for the talent to make a phone call for clarification. It may not really be that simple. I do a lot of voiceover for clients in other parts of the world and that means that I might be recording something when it’s the middle of the night for my client. I’m not going to get an answer, I’ll have to stop recording the project, and it might delay things for a day or more.

A good rule of thumb when you finish writing, is to read your script out loud. When you find items that are company-specific or industry-specific think whether those can be said multiple ways. If so, write it how you want it said.

In the end, a few extra minutes up front can save a lot more time further along in the project.

Here is another script tip that will help you when writing for voice-overs:

I’ll have some others for you soon.